On Thursday December 19th 2019 I had the pleasure to be invited to a private “friends and family” re-opening party for Chaiwali Harlem! After a long hiatus (two years) Chaiwali has returned to reclaim it’s place as the Crown Jewel of the “Lenox Avenue Restaurant Row“. After receiving the invite sent to me by the lovely Anita Trehan and Natalie Pinto, I scrambled to clear my schedule for that day to attend.

It was such a pleasure to be re-united with my old friends (family) and celebrate the return of this important restaurant venue on Lenox Ave. 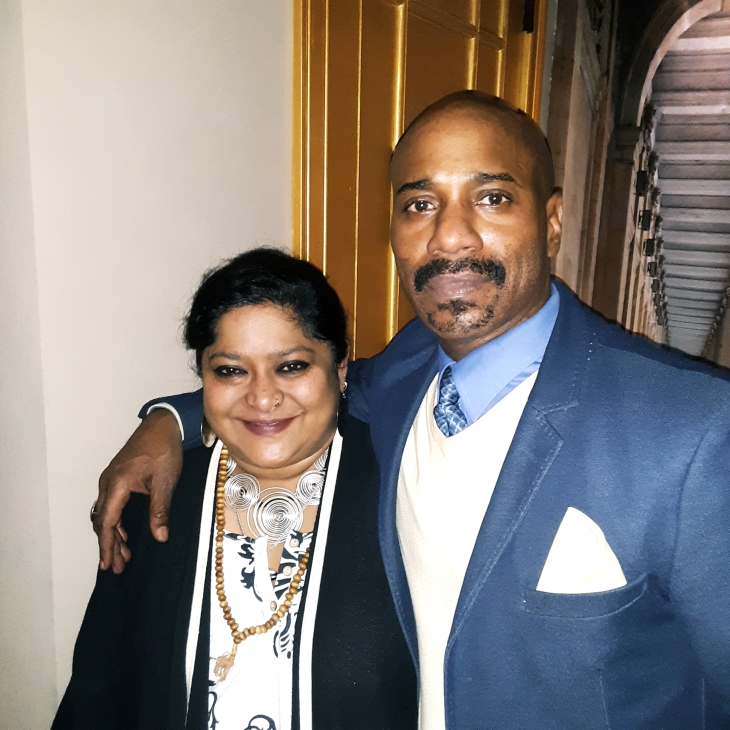 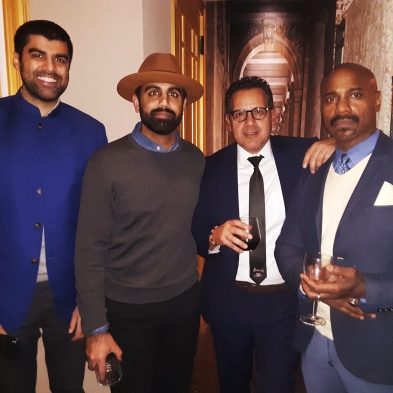 The laid back and sophisticated company was the highlight of the evening as I celebrated with my Chaiwali Family, old and new. And before I left the party I told Anita, Diego and Natalie that I would return next week to review the opening of the “New” Chaiwali, as the restaurant will open to the public the next day on Friday December 20th.

On Christmas eve of 2019 December 24th, I returned to Chaiwali to have dinner and review the new and delicious items on the menu that the owner and chef Anita Trehan has created (it’s been awhile) and crafted after two years of preparation. As I walked in I was greeted by the gracious Natalie Pinto who took my coat and bag to place in the closet, and than took me by the arm to usher me into what was like a familiar home with some new trappings that seamlessly blended in with the old that remained.

I stopped by the bar to have a drink, and chat with a charming gentleman, who Natalie introduced me to before being seated to have dinner. The gentleman said that I reminded him of a friend who used to frequent his bar in Japan, or more specifically Okinawa. Stating that my manner of dress and mannerisms made him reflect upon his friend there. After a brief and pleasant conversation, my stomach reminded me of why I was there in the first place, to review a new item on the menu for dinner. Natalie then summoned a waiter to seat and serve me, who was a very capable and likable gentleman by the name of Jevan Malaviya.

Jevan took a moment and seated me in a good and strategic table in the back near the outdoor garden (oh how I missed this place) and made suggestions on what was good on the new menu items. I started with the Pink Anari Beet Bhel: which was made with puffed rice, gram flour crisps, pomegranate, beets, potato and cilantro.

This Indian dish was deliciously spicy and hot, but just hot enough as to not numb my palate to much for the main course. I really enjoyed this culinary creation of Anita’s which proves that her skills just keep getting better.

The puffed rice added a complex texture to the dish which was unique, and I will most surly be having this again in the future. I ordered the Valonga Chardonnay to accompany the Anari Bhel, which was from Spain, un-oaked with hints of tropical fruits.

For the main course I had the Velvet Carrot Butter Chicken: served with carrot, plain naan or saffron rice, and organic butter cream sauce.

This creation by Anita was so wonderfully tasty, and was blended perfectly by the respective ingredients that when I ran out of pita bread to lap up the sauce I was temped to just lick the sauce off the plate (in the most ungentlemanly fashion) to give you the idea of just how good this entrée was!

During the course of entrée Natalie suggested pairing the Schalkenbosch Malbec: 2015, which had a very smooth finish and strong red fruit notes, with the butter chicken. Heeding her advice I was quite pleased with the excellent pairing, which invoked a new perspective on how I perceive food and wine pairing going forward.

The food really exceeded my expectations (which was very high to start with) and Anita even took a moment to come upstairs between cooking her amazing Indian dishes to chat for a bit with me, and all of her diners (it was Christmas  Eve after all) as one big family. I give the current incarnation of Chaiwali four and a half stars overall. and it’s everything you can expect from fine dining in Harlem.

Chaiwali is located at: 274 Lenox Avenue on 124th Street in Harlem.

Do yourself a favor and stop in for some of the best 1st World Indian Food Dining Harlem has to offer!