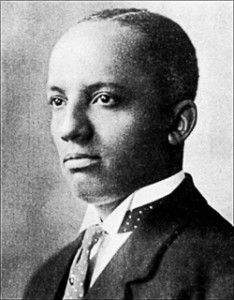 Growing up many African-Americans kids (and Adults) celebrate Black History Month by writing essays on the contributions of blacks in American History. But to my amazement many do not know the history of Black History Month, and how it evolved from Black History Week to Black history month.

It all started when a Harvard educated black historian Carter G. Woodson, founded (ASNLH) the Association for the Study of Negro Life and History created and announced in 1925 Negro History Week, which was first celebrated in the week of February 1926 that coincided with the birthdays of Frederick Douglas and Abraham Lincoln.

The event concept took off in schools, black history clubs, and was endorsed by white progressive philanthropists and scholars across the nation. 24 years later in 1950 Carter G. Woodson died, but his legacy, Negro History Week lived on and grew to become nationally recognized by black Americans and others.

In 1976 Americas bicentennial, President Gerald R. Ford expanded the black celebratory event to a whole month and told Americans “seize the opportunity to honor the too-often neglected accomplishments of black Americans in every area of endeavor throughout our history.” From then on every American President has declared the month of February as Black History Month. In addition, Canada, United Kingdom as well as other countries designate a whole month to Black History.

Every year Black History Month is designated a theme. The theme for 2019 is: Black Migrations. Know your history of the history.