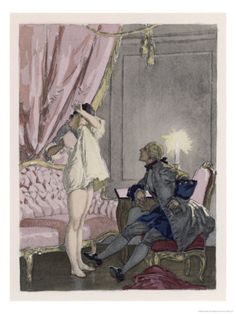 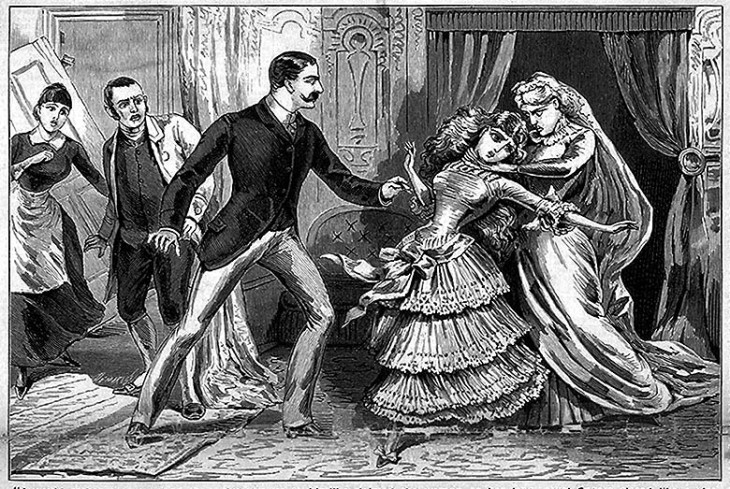 Being a woman in the Victorian era was very stifling indeed, first a young girl was not educated on anything but being a proper housewife and mother, and nothing else. There was very few options for a young woman to begin with. If you were not married, you either worked for low wages as a governess (nanny), scullery maid, or in a brothel. The age of consent for a girl to marry was between 10-13 years old (or a lad, but mostly girls) and once she is married the girl basically the property of her husband and totally subjected to him, as her sole role was is to be a mother and wife.

Under the code of “Victorian Morality” she was not to enjoy sex with her husband for pleasure (his or hers), but was expected to only have intercourse with her husband to produce an heir, and actually she was to discourage any kind of intimate physical contact with her husband. However the women’s fashions of the time was designed to be pleasing to the eye’s of men, yet also by design to be very restrictive for any kind of work, and torturously  uncomfortable. 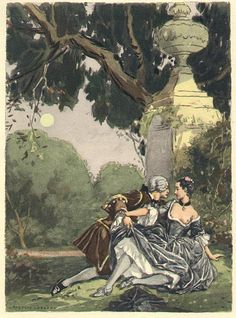 “The fashion of the time included the baroque bonnet, high heels, large skirts, and corsets all of which proved the impracticality of doing any task. The important image of beauty as by defined by soft hands, porcelain complexion, and dainty feet kept women in the household outside of the sun’s rays, and in the visually appealing clothing that served no purpose outside of of emphasizing an image of sexiness to men” (Harrison 34-7).

This static existence of women, and the lack of sexual attention from their husbands led to extreme sexual tension, which in the 1800’s was diagnosed as “Hysteria” which was classified as a “womb disease” by Victorian doctors, who never clearly defined the true cause of this “disease” that upper class Victorian women seemed to be suffering from. 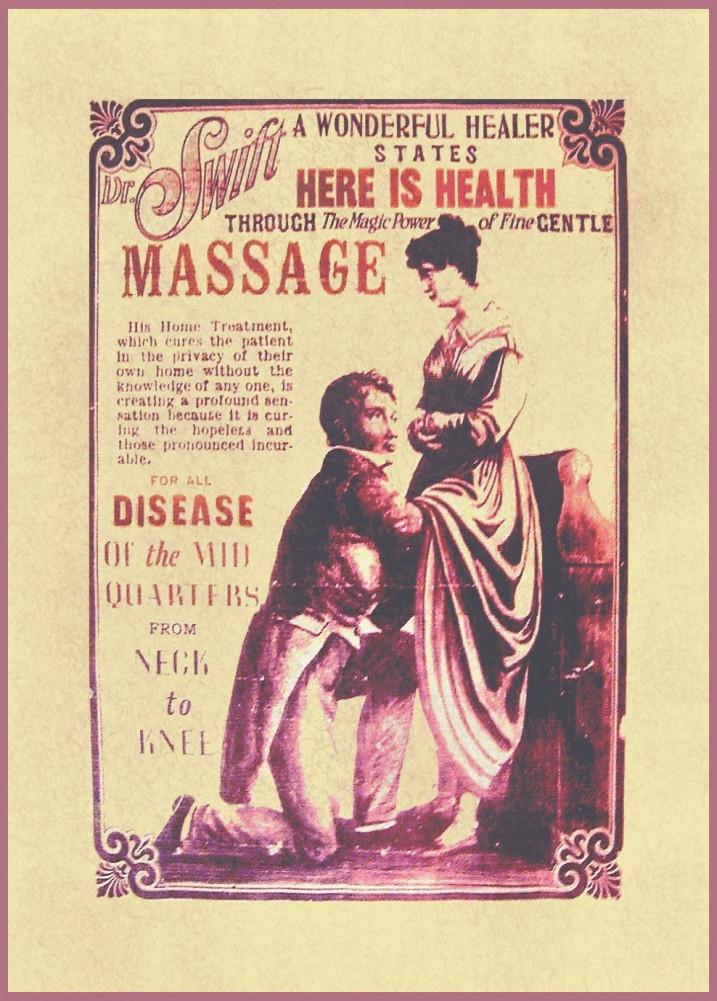 Since hysteria was a so called chronic disease, a short term treatment was developed to deal with this affliction of females. Women would go for treatment to a doctors office, the procedure was called “pelvic message” so that the woman could reach “paroxysm” to relive the poor sick woman. 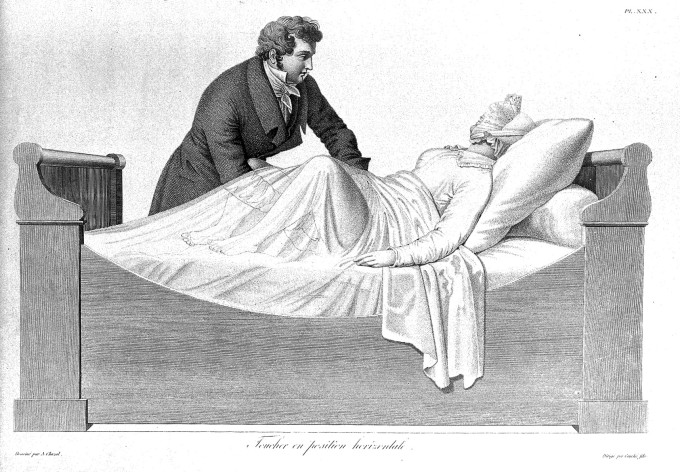 However messaging a woman’s lower supine lumbar was time consuming and hard work, it could take hours for a patient to reach “paroxysm”, so in 1870 the very first vibrators were invented for physicians to use on their patients.

Across the pond in America, a company by the name of Hamilton Beach started selling the first manual vibrators for women to use at home in 1902, and what was originally strictly a medical office treatment was now available for women to enjoy at home in private, while their husbands spend time at the brothel. 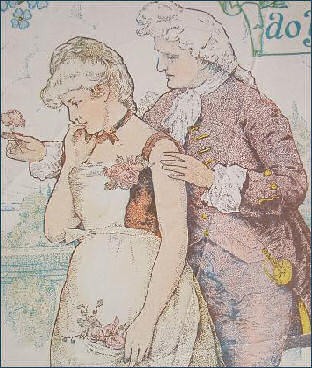 Exploring the views thoughts and mannerisms of sexual behavior in the late 19th century England, Known as the Victorian Era. The Victorian period in England spans from 1837 to 1901 under the reign of Queen Victoria. With Victorians generally considered narrow minded, prudish and stuffy. Sexuality was being overtly suppressed in this era, and how it affected the values and conventions of the time in English society, and how this gave rise to the underground sexual element in print, and practice, as well as the psychology of sex, and how doctor’s , and citizens coped with the libido of the time. 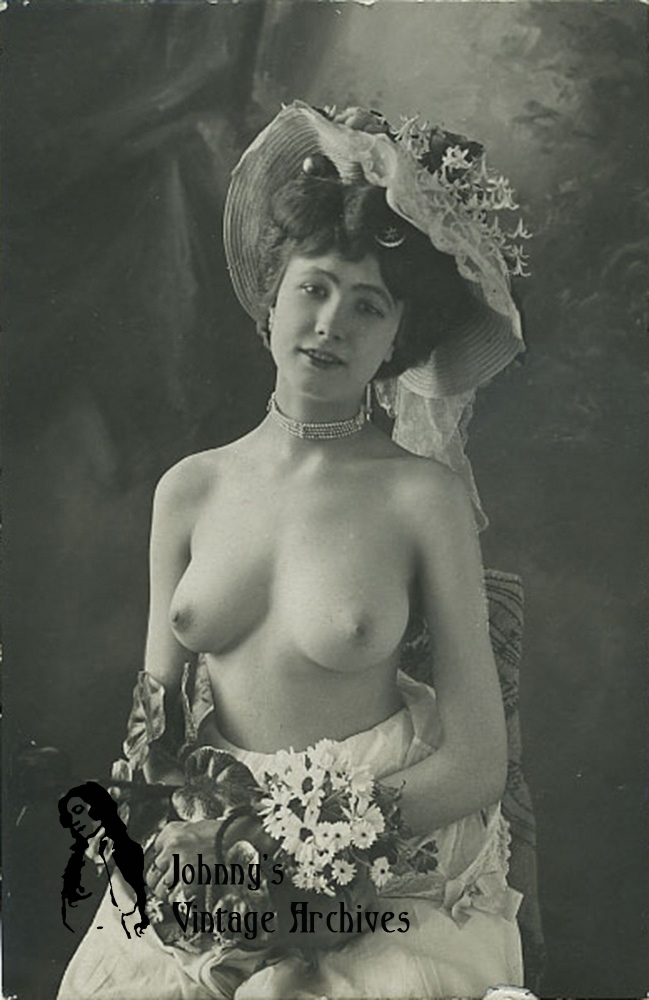 The Victorian era is known as the reign of Queen Victoria, which started on June 20th 1837 and ended on January 22nd 1901 with her death. This was considered by the English to have been a very lengthy period of very high refined sensibilities along with prosperity and peace for Great Britain. In fact Victorian England was thought to be an era of confidence for the British Empire.

There was also a great cultural shift from the previous era of rationalism which was known as the Gregorian era, and moved as far as the arts, social values and spirituality embraced “Romanticism and Mysticism”. However in the Victorian period there was this all-pervading morale climate known as the “Victorian Morality”, a stringent set of morale-social behavior and sexual restraint, which was viewed hypocritical by many back then and today; citing the proliferating morale dignity and refined restraint along -side such social phenomena such as child labor and prostitution. 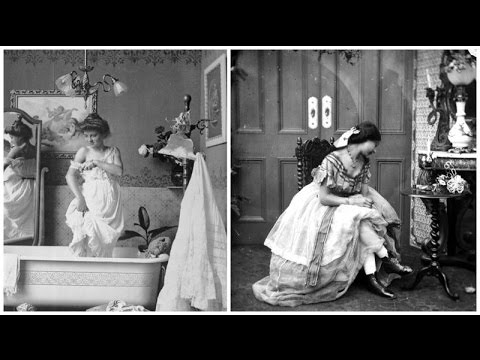 Victorian men and women who were married had to undress behind screens, for doing so in front of  their spouses was considered taboo, but at the beach, everybody went fully nude which was the norm. 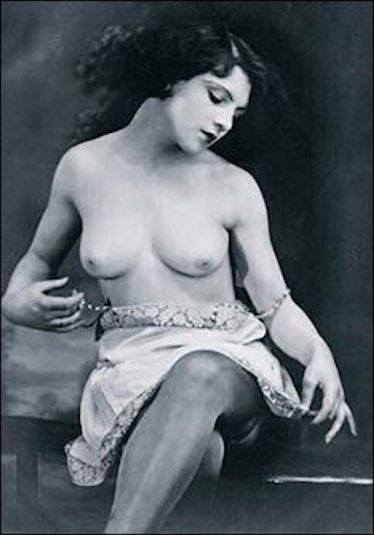 There were over 9,000 prostitutes in London, so society turned a blind eye, as women were 2nd class citizens , that is unless you were part of the nobility, but women were still not allowed to vote.  Women working at a house of “ill repute” were looked upon as “fallen ladies”, but the husbands of respectable wives was still employing them  as married woman were encouraged not to have sex with their husbands except for procreation, and there was nothing a wife could do, as “Victorian law didn’t allow women to get divorced for adultery, unless cruelty could be proven in court. 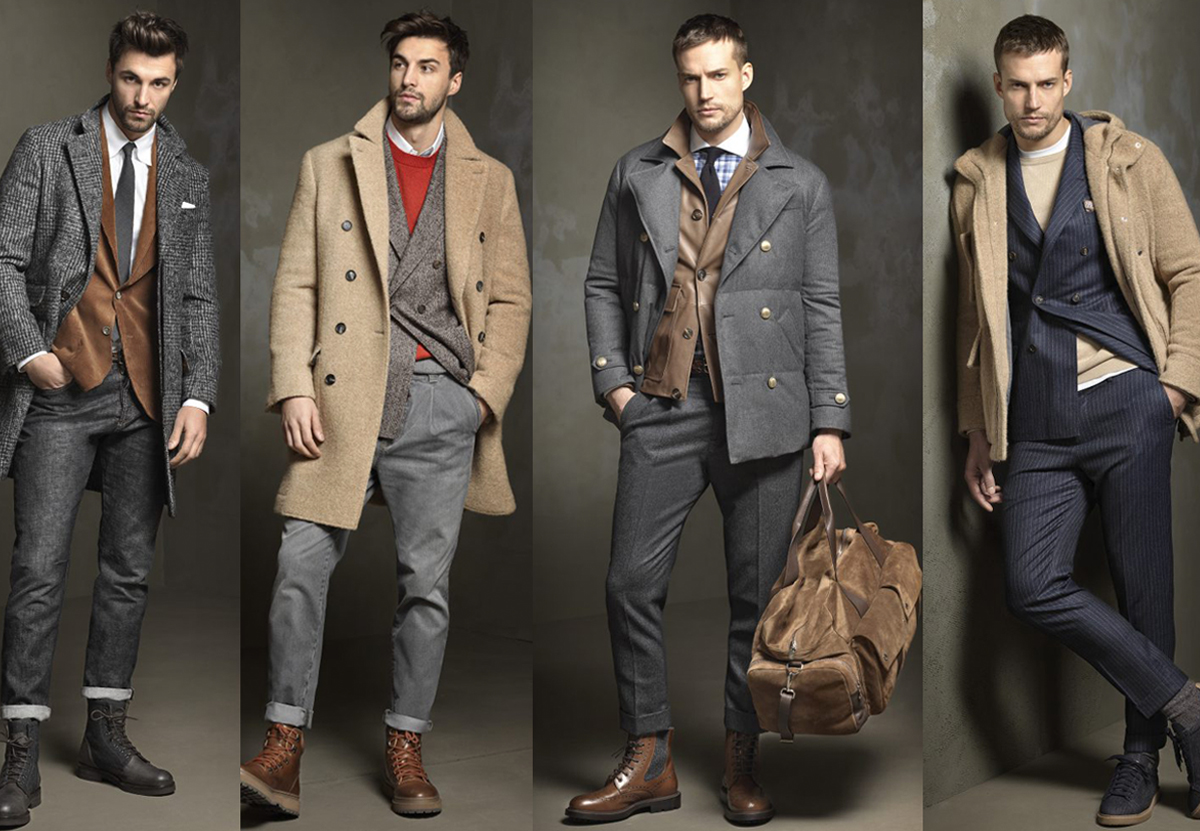 Black, White and Grey for the Overcast Day.